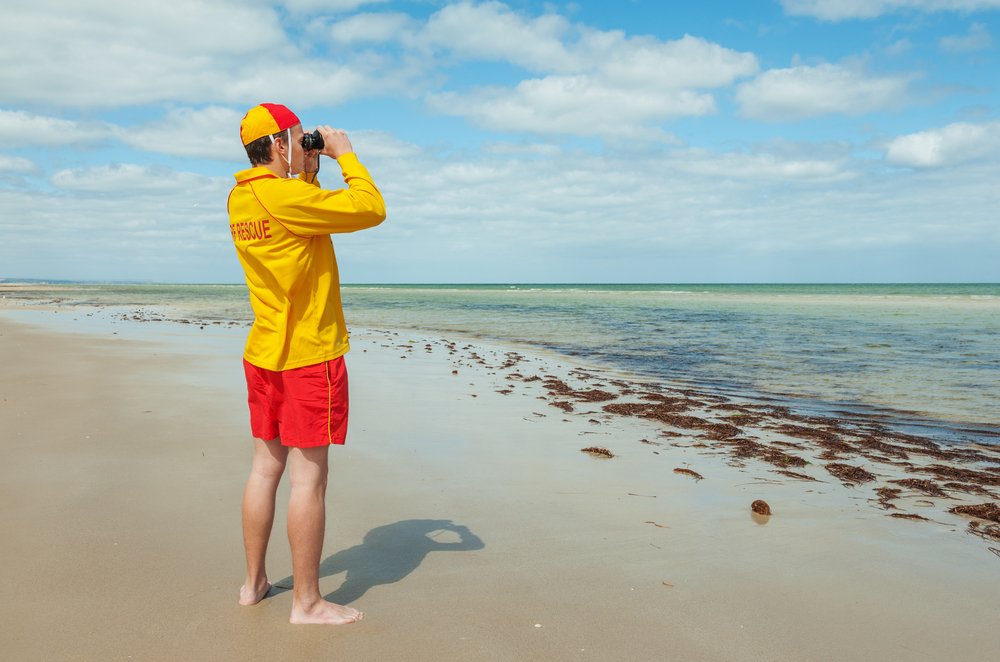 Australia is a country known for its coastal activities. Home to some of the best surfing, scuba diving and ocean swimming on the planet, the nation’s residents love any excuse to head down to the beach and throw themselves into the water.
It’s a huge part of Australian identity, and a major aspect of that culture is the brave, hard-working men and women in yellow and red – the lifesavers and lifeguards. Their tireless patrol of beaches right around the perimeter of the country have resulted in the saving of countless lives in their over 100-year history.
Making those rescues happen isn’t easy, however, and maintaining effective and efficient communications is an essential part of the job. For Chris Stevens, Communications Advisor for Surf Life Saving Australia (SLSA), ensuring that everyone involved is able to get all the information they need is the highest priority.

The Changing Face of Surf Lifesaving

While the popular conception of lifesaving in Australia may still involve swimming between the flags at Bondi or on the Gold Coast, the past 15 years have seen a lot of changes to the way SLSA operates. According to Chris, around eight years ago the organisation shifted focus, seeking a more holistic approach to communication management.

“SLSA advise the strategic direction of radio communications nationally, while the individual states and territories handle the actual rescue operations and their respective radio networks,” he says.

“Part of our role is making sure the equipment to facilitate communication between various local dispatch sites is in place.”

Chris also notes that, while lifesaving on Australian beaches was once a relatively seasonal occupation, nowadays there need to be people available right throughout the year, 24 hours a day. It’s not just limited to the coastlines either, as inland flooding events like those seen in Queensland in 2010-11 saw volunteers move their skills away from the beach.

How Omnitronics is Helping SLSA

A Dispatch Operators Outlook
“Over this time, SLSA and Omnitronics have developed a strong working relationship providing products that meet our requirements for flexibility and interoperability. More importantly, Omnitronics have taken the time to understand our unique needs and provide the support we need to ensure smooth operation.”

“A really important part of our communications is making sure different sites can contact one another over the radio. There’s obviously a lot of smaller sites scattered around the coast, most of whom don’t have exactly the same equipment, so having a system built on interoperability is huge for us,” he says.

“Thankfully we’ve got the DX-Altus system installed at a number of key locations, which we can feed all of the varying transmissions through and allow people to talk regardless of the equipment they’re using. The addition of RoIP technology also helps cut down on costs, and lets us communicate with other agencies who are still using marine VHF bands, for example.”

The Journey isn’t Over

The multi-year process SLSA have used to refine and streamline their communication strategy has delivered some tremendous benefits, but Chris says there’s still more to be done.

“The dream scenario is having the DX-Altus rolled out to every state, with RediTALK to still be used at local sites. Obviously, Omnitronics’ Advanced Location Services system is something that could also be of use in our industry, so we’re planning to investigate that in the future as well.”

Knowing that the communications of SLSA is in good hands, Australians can feel that much safer next time they head to the beach.