Why Use a Gateway for Digital Radios?

The decision to move to digital radio can be made for a number of reasons, but it’s likely that organizations would cite the beneficial shift to Radio over IP (RoIP) as one of the key factors. This may be especially true for dispatchers who had previously been on an analog network, and were using an IP gateway to connect and communicate over IP.
Clearly, the modern functionality offered by RoIP is one of the most valuable advantages of digital radio, but that doesn’t necessarily mean an organization should give up on their gateway altogether. Indeed, there are a number of benefits from continuing to use the devices alongside your digital solution, making an already terrific system even better.
If your organization has already made the switch to digital radio, chances are you’re familiar with the advantages that new technology has brought to the dispatch and communications field. What if you could continue to enjoy those benefits, but expand and enhance them to create an even more useful solution?

Without Gateways, Interoperability can still be an Issue

One of the key innovations associated with digital radio is the interoperability it can offer organizations that previously struggled linking up users who each had different dispatch equipment. You might consider it the biggest selling point for RoIP – freeing the radio communications industry from its rigid constraints.
An IP gateway can boost that interoperability for networks still straddling the digital divide. Pushing every single user towards a digital solution may not be reasonable, or you may operate in an environment where use of analog radio needs to continue, so having a system able to interconnect both digital and analog onto a single network is always advisable. 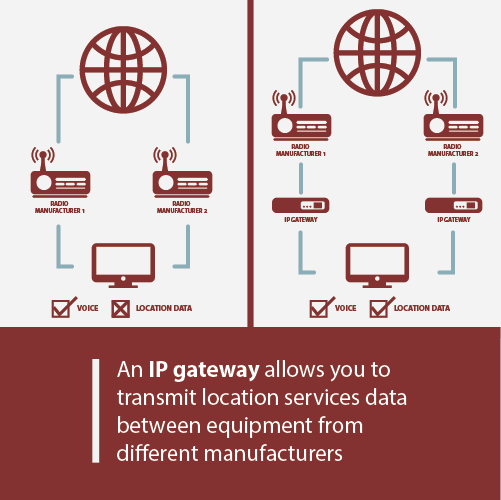 The level of flexibility associated with RoIP also applies when it comes to expanding your network. IP gateways can operate with a wide variety of equipment configurations – anything from a standard desk console to a fully featured solution such as the DX-Altus for organizations whose dispatch needs are more comprehensive and expansive.
An IP gateway improves interoperability both across and within specific radio standards. In the U.S., for example, connecting P25 and DMR networks can be a complicated and costly process, given that P25 compatibility is a requirement for public safety agencies but the equipment is expensive. With a gateway, however, just on P25 radio is needed to deliver compatibility to an entire network.
The DMR standard, meanwhile, only provides guidelines for voice traffic, so additional data like location services may not transmit between equipment from different manufacturers. Again, an IP gateway can solve that issue.

Adding even greater interoperability might be the flagship feature of combining a digital radio system with an IP gateway, but there are a host of other features that further flesh out the solution.
The devices have the capability to ease integration into wider IT infrastructures within your organization, by translating communications between the radio side protocol and the operator/console. Meanwhile, gateways can also overcome problems of poor IP access in remote areas, as console operators can configure the protocol to suit any limitations present on the network.
In addition, the IP gateway can act as an extra layer of security for networks that consider themselves at risk. Rather than having your console IP network and radio communications connected directly, the gateway can function as a firewall, reducing the threat of cyberattacks by preventing unauthorised access to the network. Even more security comes with the ability to encrypt communications, meaning any eavesdroppers will not be able to intercept your broadcasts.

You might think that all of that added functionality would carry extra expenditure, but using an IP gateway with your digital radio can actually cut down your costs. By spreading a single radio connection across multiple consoles, networks with a number of users present can make huge savings by no longer purchasing vocoders for every operator position.
Many of the industries serviced by radio communications involve somewhat remote locations, which can bring up the issue of reliability on the network. An IP gateway can help to minimise this issue, with console-side protocols easing some of the pressure at the radio end. For particularly challenging networks, multiple gateways can ensure connectivity, as failure at one device will not interrupt the entire communications solution.
This increased reliability means less downtime, but even when maintenance on the network is required, the gateway more easily confines critical and proprietary functions of proprietary consoles. That’s a further reduction in service time, and therefore in costs.
RoIP has brought many advancements to radio communications, but it’s possible your organization is merely scratching the surface of what digital radio is capable of. For more information, or to see how IP gateways can enhance your dispatch experience, get in touch with Omnitronics.

Radio over IP differs from Voice over IP technology in a variety of ways. This White Paper explains those differences and the various considerations the IT team and systems integrators need to understand in order to create effective RoIP networks that meet their needs. 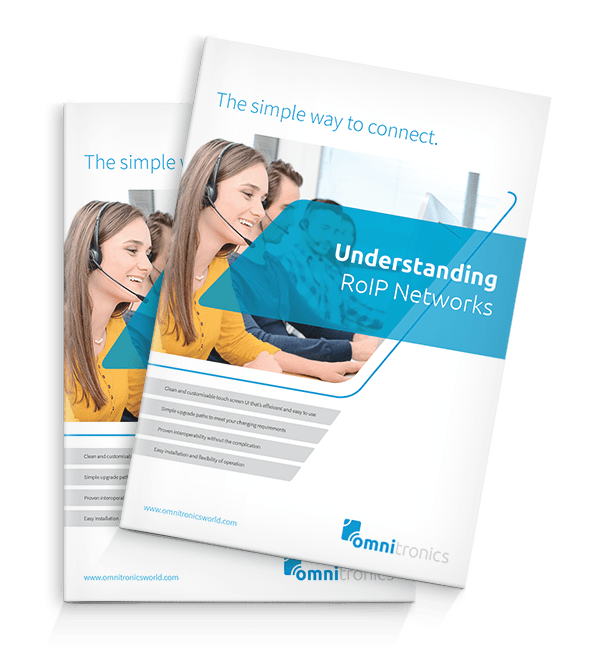